A Family Across The Sea

In 1991, my family hosted an AFS exchange student from Holland for a year, mostly because we thought our only child, Elizabeth, would benefit from sharing her parents’ attention.

We reconnected with Carla, far left, and her mother, MIeke, two years ago in Rome.

Carla came from Den Helder, on the North Sea, where she lived with her mother, a secretary who was divorced from Carla’s father, a banker who lived in Medemblik. She was well-loved, but there were financial and other challenges. Her father, once a prisoner of war in Indonesia, suffered from depression. One sister had Down syndrome; the other struggled with a drug habit. It was obvious this small-town girl from a tiny country sought both security and adventure, for in her application she asked to be placed in “a family with two parents” and said (to our amusement) that she wanted to live “in Pittsburgh, close to New York, Chicago and Washington, D.C.”

She saw those cities, as well as California and Florida, because we had decided to treat her like our daughter—give her an allowance, buy her what she needed and take her on vacation. That turned out to be a big commitment; when we greeted her at the airport, everything she brought was stuffed into a gym bag. First stop, Kaufmann’s, to buy enough clothes so she would not wear the same outfit for a whole week, a Dutch custom that would have ostracized her at Mt. Lebanon High.

Carla was a senior, Elizabeth a freshman, so they didn’t hang out. No matter, Carla was beautiful, outgoing and talented. When no one asked her to go to the first football game, she had us drop her off, made friends and found a ride home. Her best friends ended up being fellow art students, for she was a talented painter who typically stayed up way too late finishing assignments. Her going away gift to us was a beautiful seascape that still hangs  in “Carla’s bedroom,” a reminder that  she is only a short ocean away.

Elizabeth rightfully had a few jealous moments, but we all benefited from opening our hearts to Carla. We have visited her in Europe several times; she has returned here, and we phone and email frequently. She tells us that the taste of the wider world we offered fueled her desire to think big and see more.

Today Carla is an award-winning set designer who travels Europe staging musicals such as The Bodyguard, Sister Act and, most recently, the Dutch revival of Hair, which debuted in Amsterdam in September and perhaps, like Sister Act, will end up in New York.

In her free time, she has visited many places I have yet to see—Thailand, South Africa, China, India … and more. She truly is a citizen of the world.

When Carla returned to Holland, she earned the equivalent of a master’s degree in her field, and her accomplishments—check out Carla Janssen-Hofelt online—are impressive.  I looked up her Linked In profile today and was pleased (and a little teary) to see prominently listed among her many educational and profession credits: “Graduate of “Mt. Lebanon High School, USA.” 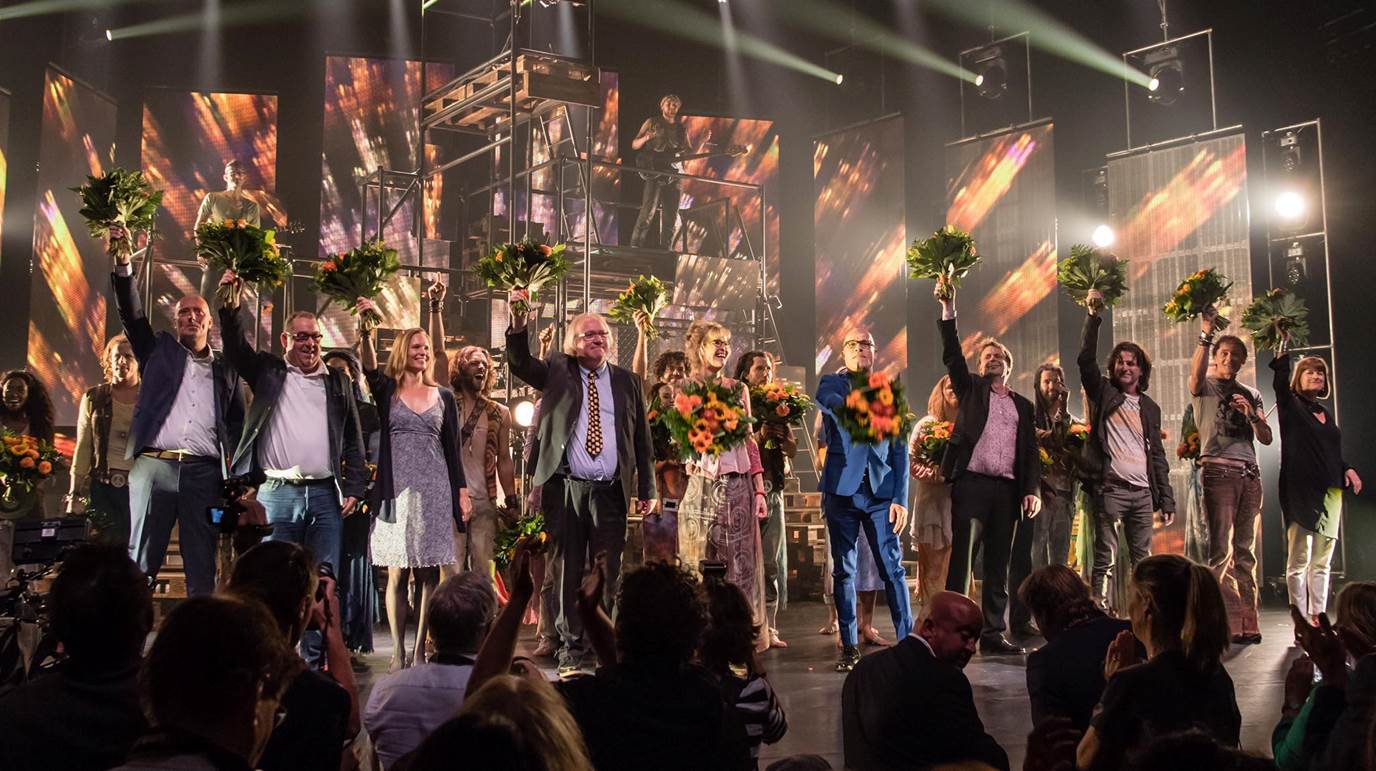 Carla, third from left, on opening night for "Hair" in the Netherlands.

Sporting News: You're the Worst Ever!