Margot Wholey was a third-generation Mt. Lebanonite with deep Pittsburgh roots when she headed to tiny Prescott College in Arizona to major in photojournalism and outdoor education.

Margot Wholey was a third-generation Mt. Lebanonite with deep Pittsburgh roots when she headed to tiny Prescott College in Arizona to major in photojournalism and outdoor education. A soccer standout who grew up in a family with both athletic and artistic talent, Wholey chose Prescott because she liked its “experiential” approach to education, says her mother, Nancy Barton Herron.

Little did Herron know then that one of Margot’s first “experiences” at Prescott—a 1985 trip with her coastal ecology class to Kino Bay and Punta Chueca, Mexico—would change her daughter’s life as well as help protect the history and culture of the Comcaac/Seri people, one of Mexico’s smallest indigenous groups.

“It was love at first sight; or maybe it was the tequila and the bioluminescence, but I couldn’t wait to get back.”

She returned to Seriland for her senior project in 1987 and lived with the Torres family in Desemboque, a Seri village in the Sonoran Desert region on the Sea of Cortez. “Addicted,” as she describes herself, she returned year after year, keeping in close touch with Torres’ relatives and friends.

As she learned, the Seri were hunter-gatherers who were violently persecuted by Spanish and Mexicans and two generations ago were forced to relocate from their ancestral semi-nomadic camps, to Desemboque and Punta Chueca. They became nearly extinct, with numbers totaling 72-78 individuals, and then rebounded in the 20th century. Having come to appreciate their history, Wholey says it was difficult “to watch Seri traditions, culture, intellectual properties, fisheries and territory rapidly disappear right in front of my eyes,” as the elders of what once was a mighty and fearsome tribe, died off. Today there are less than 500 pure-blooded Seri and an estimated 1,000 in the community.

So, in 2007, she began collaborating with two daughters of “my Torres aunties,” as she calls them, on what they named The Comcaac Project. Working closely with nearly 100 Seri informants, linguists, writers, translators, assistants and guides, Wholey has spent more than a decade compiling a prodigious archive of documentary portraiture, aerial photography, music, narratives and traditional ecological and anthropological knowledge about Seri culture.

The project took her in an unexpected direction—and presented a mystery. When planning aerial photography locations, a native guide helped her find and document a field of geoglyphs (rock formations or rock art) on Tiburon Island, which was returned to the Seris in the 1970s and now is a bioreserve and Unesco World Heritage site. Seri oral tradition suggests that the island was once home not only to their people but to an ancient and now extinct race of fearsome giants with supernatural mental powers. Might the curious rock formations have something to do with the giants? Wholey wondered.

Wholey was able to spot and photograph the geoglyphs from an ultralight aircraft. Over the next two years, she shared the photographs and an academic article written about the geoglyphs 36 years prior with her Seri friends. Surprisingly, none of them knew about the rock formations, their location or their meaning, perhaps, she speculates, because the intricate patterns are nearly impossible to see from the ground, perhaps because the tribe was compelled to forget the past when they resettled. 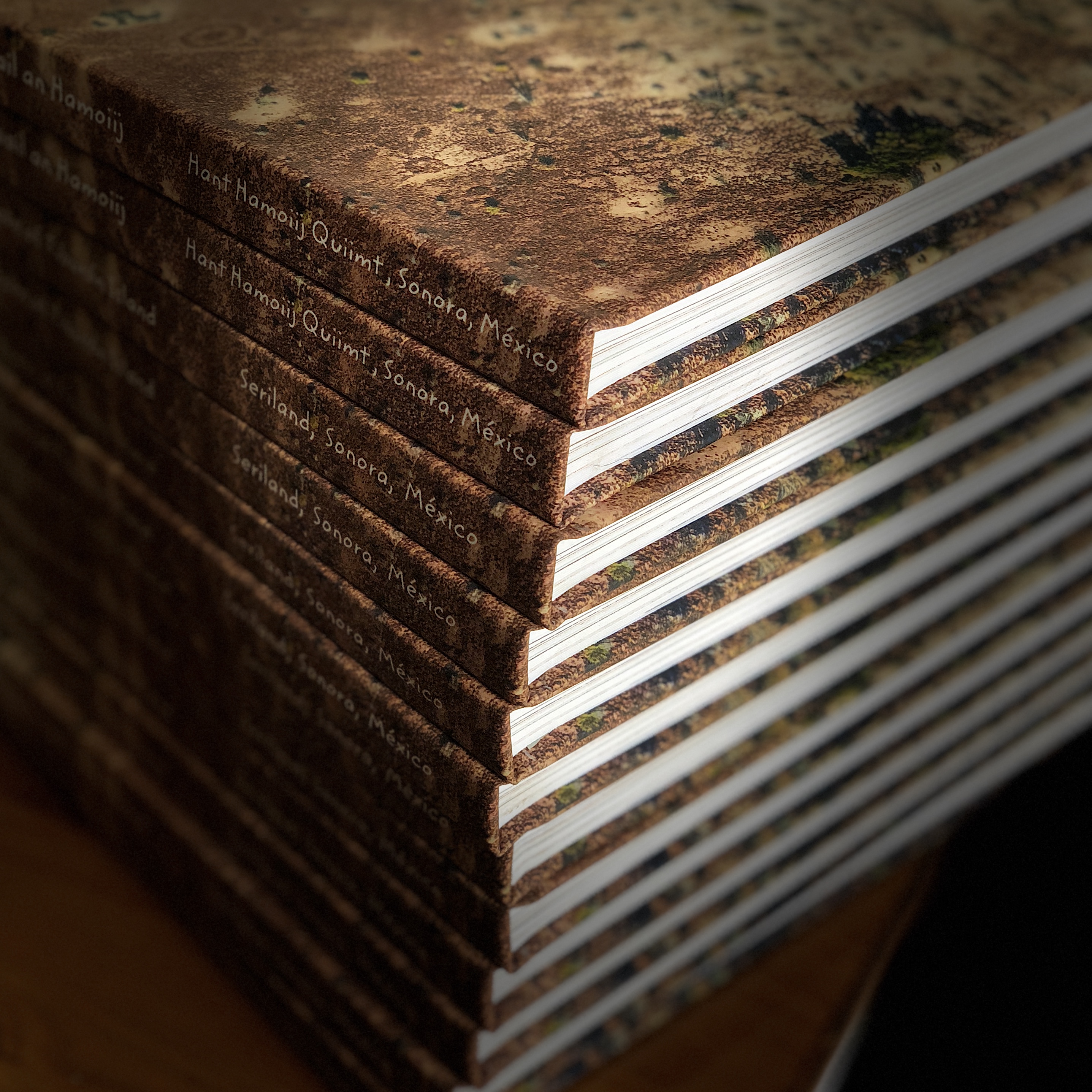 Tiburon remains sacred Seri ground, however, so even though most Seri have never set foot on the island, they were concerned that rediscovery of the historic artifacts might draw curious, destructive crowds.

“The Seri don’t want people there; I was sworn to secrecy,” Wholey says, as she continued her quest to find out more about the geoglyphs.

“It was a race against time,” she says, until in 2012, she was able to talk with 100-year-old Isabel Torres Molino (Monteverde), who related tales passed down by her mother-in-law. Long ago, Isabel said, the giants used the geoglyph field as a ceremonial site where they accessed their supernatural powers. The old woman also sang archaic Seri songs in the endangered Cmiique iitom.

Isabel died a few months after the interview was recorded, but her tales led to the first of five books Wholey intends to publish, and her songs, translated into Spanish and English, are among 1100-plus in the Seri Indian music collection acquired by the American Folklife Center at the Library of Congress in 2016.

Wholey did not originally set out to publish. But when she learned another photographer secretly visited and photographed the glyphs without proper tribal permission, she decided to self-publish in order to protect her work and the tribe’s cultural and intellectual properties. With some private funding, support from The National Institute of Anthropology and History (INAH) in Mexico, a fellowship from the Firebird Foundation for Anthropological Research and a mini-grant from Native and Nature Inc., she has completed her first book, The Geoglyphs of Tiburon Island, in both Cmiique Iitom and English.

Filled with panoramic images of the Tiburon landscape and the elusive geoglyphs, the book pairs the photographs with the words of Seri songs in their ancient language and descriptions of their meanings. According to the introduction to the book, there is only one person left alive today who ever actually roamed freely on Tiburon Island, so the book will teach both the Seri and others about Seri/Comcaac culture.

Wholey is proud to have contributed to “the preservation and conservation of this sacred and outstanding location.“ In her book, the geoglyphs are beautifully depicted, but, as the Seri requested, there are no clues as to their exact locations. To purchase a book or for more information visit www.margotwholey.com.